In February 2020 R-Biopharm AG, one of the leading biotechnology companies in Germany, became one of the first diagnostics companies worldwide to launch a test kit for the novel coronavirus SARS-CoV-2. Now, the test has received the CE label and is thus approved for diagnostic use in the EU. Christian Dreher, who heads R-Biopharm, explains how the test kit works, and why it is internationally acclaimed, particularly in testing people with mild or no symptoms.

With headquarters in Germany and a presence in 15 countries globally, R-Biopharm notably is the world market leader for allergen analysis testing systems. Another one of its most successful testing kits is for the detection of Norovirus (e.g. RIDA®QUICK Norovirus).

The family-run business made industry headlines when it became one of the first companies to introduce a COVID-19 test. “For R-Biopharm, a crisis is also a ‘productive state’. In other words, if there is a problem, we look for a solution,” says Mr. Dreher. “When we received the first reports from Wuhan, it was immediately clear to us that we had to develop a test to detect the new coronavirus as soon as possible. This happened in mid-January, long before the first infections in Germany and two weeks before the WHO declared the international health emergency.”

Mr. Dreher adds that developing the test kit took four weeks. “Tests for laboratory use have been available since February 17, 2020. By July, we were able to produce around 3 million tests. Without the unprecedented spirit of our employees, this would not have been possible.” To ramp up production, R-Biopharm has installed shift operations, with work also being done on weekends and public holidays.

Their hard work has paid off: a recent study by the Dutch National Institute for Public Health and Environment, which advises Dutch government on the pandemic, considers it one of the best on the market today, particularly in terms of sensitivity for people with mild or no symptoms. The accuracy of the test kit, according to Mr. Dreher, is down to the fact that it detects SARS-CoV-2 based on a specific target gene fragment. “1-target tests are very sensitive due to the one target sequence. A second target can increase the specificity of the test, but focusing on the specificity often leads to a loss of sensitivity” Through targeted analysis of the existing sequence, information is used to define a fragment in the E-gene during the development of the test, which is specific for SARS-CoV-2. This is, by the way, also one of the reasons why we can use our test to detect the new variant of the virus that is currently occurring in Beijing.”

R-Biopharm is currently focusing on the development of tests for the determination of an immune response by COVID-19 patients. It is also preparing for a potential second wave in the autumn where a differentiation between COVID-19 and influenza might be important. In addition, the company is working on a test to determine COVID-19 contamination on surfaces, which may be used for environmental screening. 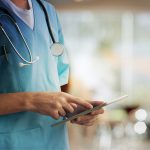